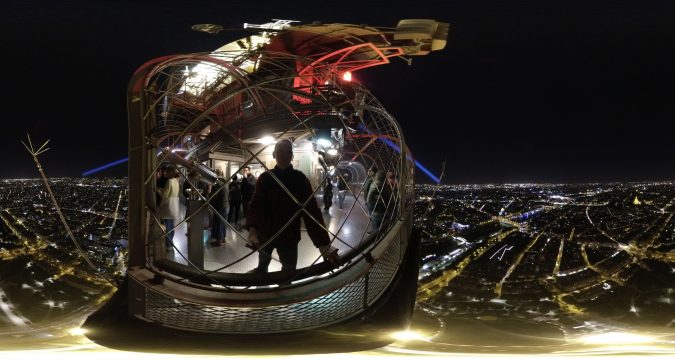 I was struggling with finding a way to easily embed 360-degree view from Insta One X for quite some time. There are a few existing WordPress plugins that allow doing that, but none of them worked for me. Some were not free (Flat 360 Panoramic Image Viewer, 360 VR Gallery WP, WPVR etc). Some of them required uploading my images to a 3rd party hosting (MomentoPress), some were too cumbersome (PanoPress) and some just didnt’ have features I needed (Algori, Easy Panorama).

After struggling with this for some time I finally gave up … and wrote my own plugin. It allows embedding any number of 360-degree images with a simple shortcode, wrap it with text, supports most modern browsers, mobile devices and headsets. The plugin is currently being reviewed by WordPress and, hopefully, will be published soon. I’ll make a separate post about that and will likely publish a video on my YouTube channel (https://www.youtube.com/rtfms). And while I’m going through the approval process, here are some photos that I wanted to share, enjoy!

And before you continue reading (and watching), I have a few important notes about how to watch the 360-degree photos:
– if you do not have a VR headset you can still navigate the photo on a desktop by dragging it with the mouse/trackpad
– If you have a mobile device then just give this website permission to access the sensors and move your phone/tables around like a camera
– If you’re watching using a VR headset then you may want to press that “VR” button in the bottom-right corner of the image for the full immersion
– On mobile devices this page is best viewed in the LANDSCAPE mode (sorry about the caps).

You can also see how easily this plugin allows placing the text next to the photo, add margins and automatically pan the image (press that “X” button in the bottom-left corner if you find that annoying).

You probably saw the iconic Arc De Triomphe from the traditional point of view shown on the left below. The view on the right is the same Arc De Triomphe as seen from the top :) The Arc itself is less impressive from this angle, but it gives you one of the best 360-degree views to Paris.

BTW, I used the plugin functionality to place two images side-by-side (on narrow screens it will display the view one under another) and synced the angles. So if you’re looking at these two images on a mobile or VR device and you gave the site permission to access the sensors, then if you turn it a bit to the right you will see the Eiffel tower on both pictures approximately in the same place (“approximately” because the photos were taken from two different points). And if you’re on a mobile device, definitely use the landscape mode for this one.

Hey, from now on this plugin supports video too, how awesome is that?! And just like in the case of static images you can embed multiple videos on the same page, check out the short examples below.

The next video is from Zugspitze, Germany. I just love this place, it’s awesome!

I hope you enjoyed both the photos and the capabilities of the plugin.