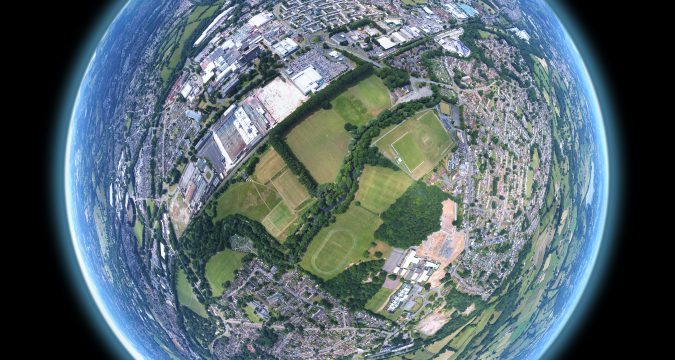 Here is the review of the best 360-degree Panorama Plugins for WordPress? What are these for? Well, imagine that you used something like Insta360 One X or GoPro Max or Ricoh Theta or StreetView app on your phone to capture everything around you into one awesome 360-degree photo. Now what? You can use the stock software to extract frames from it and publish just small portions of that 360-degree panorama as regular photos. You you can upload the photo to Facebook (and forget about privacy, ha-ha) or upload the video to Youtube so that people can see the full 360-degree view from those sites. But how do you publish something like this on your own website? And what if you want to keep the image on your own website too? Well, if your website is running WordPress, then this post will provide a nice overview of your options.

Also, if you google around you will find a few articles on the subject with a similar title (to name a few: https://www.formget.com/360-panorama-wordpress-plugins/, https://scanwp.net/blog/360-panorama-view-wordpress-plugins/). Note that those articles were mostly created as promotions for paid products, so they, basically, waste your time reading a length commercial). This post is about free plugins only. So, without further ado, here is the list

Panopress (https://wordpress.org/plugins/panopress/) – perhaps, the very first free plugin for displaying 360-degree images. Unfortunately it’s latest update happened back in 2017, so I’m not sure if it’s going to work with the latest WordPress. Also, I found using it too cumbersome to use. At the same time it seems to have more options for presenting the images and video than most other plugins.

Algori 360 Image (https://wordpress.org/plugins/360-image/). One of the easiest ways to embed a 360-degree image in WordPress. Unfortunately it only allows embedding 1 (one) image on a page, has very limited customization options (no orbiting, no text, alignment doesn’t work quite well etc). Also it only works with Gutenberg and offers no shortcode support.

360 Photo Spheres (https://wordpress.org/plugins/360-sphere-images). This is probably not the droid plugin you’re looking for. It displays the image in a small circle, not suitable for immersive experience. Still, it supports the 360-degree images and hence should be listed here.

WP-VR-View (https://wordpress.org/plugins/wp-vr-view/). A nice and simple to use shortcode-based plugin, supports both images and video and has a nice video explaining how to use it. Unfortunately it hasn’t been updated or supported since 2018 and has problems with iOS 12+. It also has very limited customization options.

MomentoPress for Momento360 (https://wordpress.org/plugins/cmyee-momentopress/) – a nice basic plugin, works with both images and videos, BUT only works with media uploaded to the Momento360 servers, only supports shortcode, has limited customization parameters, mouse navigation is weird. Only the first 2Gb of media is free, you will have to pay monthly fee for more storage.

Cardboard (https://wordpress.org/plugins/cardboard/) – a basic plugin displaying photos only, no customization at all and shortcode mode only. It seems like it was abandoned back in 2017

VR Views (https://wordpress.org/plugins/vr-views/) – supports photo and video, shortcode only, few customization parameters. Also was abandoned in 2017 (what’s so special about 2017 that so many plugins got abandoned that year?). It’s similar to the Cardboard plugin mentioned above, but a mit more advanced.

WP Photo Sphere (https://wordpress.org/plugins/wp-photo-sphere/) – supports images only, offers few customizations, works as a shortcode only. It uses the photo sphere library and inherits a cool feature that you can turn on the control bar at the bottom and it will allow you to stop the panning or zoom in and out. It offers no video support.
This plugin was abandoned back in 2017 (again!?)

Easy Panorama (https://wordpress.org/plugins/easy-panorama/) – works both as a shortcode and Gutenberg block (nice!). Unfortunately it has very limited set of customizations, doesn’t support videos, doesn’t use standard equirectangular images (it’s more suitable for panoramas taken with mobile devices, not real 360-degree images), doesn’t allow up/down navigation and has a lot of other limitations. This plugin hasn’t been updated since 2019.

WordPress’ native 360-degree support (https://wordpress.com/support/embedding-360-photos-and-virtual-reality-vr-content/#how-to-embed-360-photos) – yes, WordPress actually has a built-in support for 360-degree photos (video support is still in beta). It doesn’t have any customization options and overall is very basic, but still! Oh, and here is one more catch: it only works in blocks hosted by WordPress. Bummer!

dImage (https://wordpress.org/plugins/dimage-360/) – this used to be my favorite 360-degree plugin, unfortunately it hasn’t been updated since 2020 and as of WordPress 5.7.2 I can’t make it work. But when it worked, it offered both the Gutenberg Block mode and a shortcode and a few options to customize, so overall was a very nice plugin. If only it had more options to customize it, there would be no reason to create 360 View (see below)…

360 View (https://wordpress.org/plugins/360-view/). This plugin supports both Gutenberg Block and shortcode modes, has very detailed user guide (https://andrey.mikhalchuk.com/360-view-wordpress-plugin), more customization parameters than any plugin in the list above, was updated in 2021 and supports the latest WordPress 5.7.2. It also supports embedding both images and videos, having multiple images/videos on the page, orbiting, zooming, text labels, image adjustments and more. And, full disclaimer, I wrote it :) I just had to write it after finding that all other free WordPress 360-degree plugins just don’t have a good set of features for my purposes.

Did I miss anything? Please let me know if you know other decent 360-degree plugins and I’ll be happy to include them in this list.